What Is Marital Property and How Is It Divided?

Divorce is a slippery slope, that becomes more complicated when 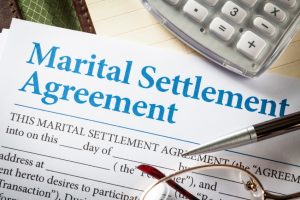 property and money are involved. Are you confused about the application of marital property laws in Florida? Not sure whether your hard earned investments will remain yours or will be split in half? A team of Miami divorce attorneys are dedicated to helping clients through their divorces—ensuring they receive what they deserve and what is rightfully theirs.

Visit here to learn more about equitable distribution with a Miami divorce attorney for your divorce.

Marital property law is a sensitive area of law, especially considering the already precipitous and emotionally draining nature of divorce proceedings. In dividing property, the courts are guided by the principles of equity but a number of considerations can hinder your claim to what is rightfully yours.

This means that after the divorce is finalized, all marital property is first assumed to vest in the two partners equally (50/50). It is from here that the courts then apply hundreds of rules to make the division of property more fair.

Marital property is all property acquired by a couple in the course of marriage or by either spouse during marriage.

However, determining marital property in practice is not as easy as it sounds and the courts have to turn to statute for guidance.

Florida statutes outline what is to be included in marital property as:

1) Assets acquired in the course of marriage – It does not matter whether the asset is under either party’s name; it forms part of marital property.

For example, if a partner purchases a house in his own name with money from his own paycheck in the course of marriage, that house is part of marital property.

If such a non-marital asset appreciates in value because of the work of one or both spouses either physically or financially, then that enhancement (the increase in value in the course of marriage) is marital property.

For example, if your spouse owned a business before marriage, which expanded after marriage as a result of your input and contribution as a spouse, that added value becomes part of marital property.

The application of this is not easy and the courts have to be guided to determine whether the appreciation was as a result of the other spouse’s contribution or was passive appreciation. An experienced Miami divorce lawyer will help you argue your case for contribution to the asset’s appreciation before the court.

3) Inter spousal gifts – If in the course of marriage, your spouse gives you a gift, then that gift is part of marital property. It does not matter whose name the gift is in.

5) Real property held as tenants by entireties – This is a special form of ownership of real and personal property specifically meant for couples. Various complex legal rules and measures are applied to determine whether property is held as such.

Similar to assets, liabilities such as debt can be marital acquired in the course of marriage) or non-marital (acquired before marriage).  Read more about non-marital debts here.

Get What is Rightfully Yours with a Miami Divorce Lawyer

Every divorce case is unique; therefore, drawing the line between marital property and non-marital property is not easy. There are hundreds of rules, precedents, and considerations that guide the court to make determinations that the parties will have to live with after divorce.

Don’t get the short end of the stick; fight for what is legally yours. You could be entitled to more than you think. Why settle for less than you deserve?

Visit here to get started with a Miami divorce attorney today and get on the fast track to equitable distribution of marital property.