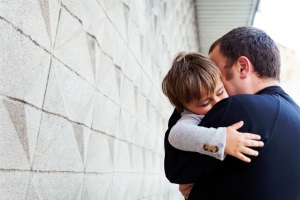 Child custody battles often drag on for lengthy periods and can become heated. Because of that, many parents worry how to keep their children safe, protected, and in a semblance of a normal routine.

The Ins and Outs of Temporary Child Custody

In most custody cases, there are two main players. The parent or guardian filing action, known as the petitioner, and the respondent.

During the temporary child custody process, the petitioner outlines the reasons he or she deserves custody. The parent or guardian who receives the filing is the respondent. Depending on the details of the divorce, a court-appointed lawyer may represent the child or minor as a third player in the arrangement.

In some cases, a temporary custody order can become permanent. As a general rule, the concern of the courts is a child’s stability and wellbeing.

That said, an attending judge will do anything in his or her power to ensure the child’s life remains as stable as possible. Because the custody process can be lengthy, parents, guardians, and legal professionals tend to focus on activities that provide a semblance of normalcy for the child, including school, friends, and extracurriculars. Judges are often apprehensive to uproot a child or minor from a home environment unless there is a health or safety concern.

Given that the petitioner is likely to maintain custody in lengthy cases, it is important for the respondent to understand what is at risk and what the terms of temporary custody agreement are.

At Estevez-Pazos Law Firm, we have the experience and knowledge needed to help guide you through filing for child custody. We know how important your children are and we are here to protect the future of your family. From the first piece of paperwork through the final moments, let us fight for you. Call our Miami office anytime at (305) 717-7130 for a free case evaluation.