What Happens to a Child After a Marriage Ends?

When two parents decide to end the marriage by either separation or divorce, the child’s well-being has to be considered. In fact, this can even seem like an uphill battle.

If the two adults are in disagreement on which one should be the custodial parent, then the court has to decide in the best interest of that child. 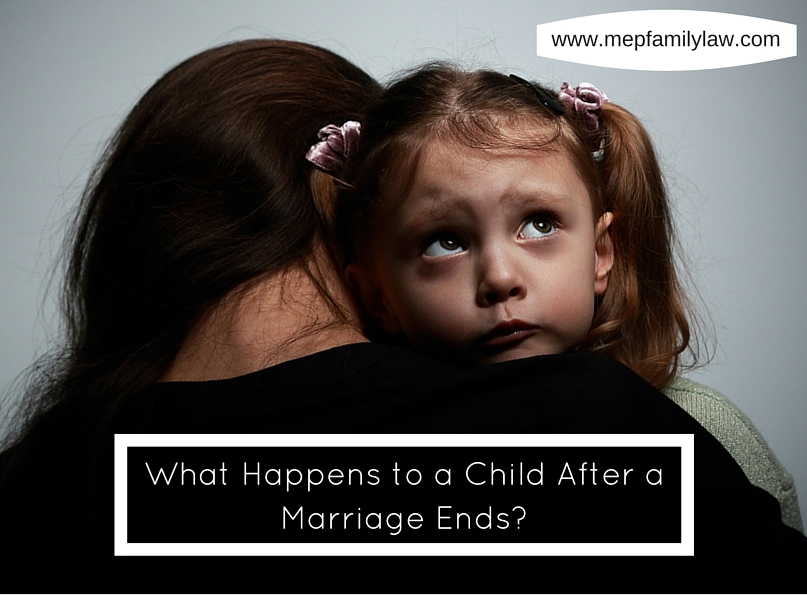 What will the Court Do?

Oftentimes, the court will order a specific plan for the child. This might include how much time is spent with each parent and which parent is going to be the main caregiver.

In some instances, other parties such as grandparents on both sides will be involved and so the court has to take those people into consideration as well. However, again, the final decision hinges upon the child’s best interest.

Custody and Parenting…What the Courts Want You to Know

If both parents agree to go their separate ways, they can make an amicable determination on which parent gets full or partial custody. This means that one will become the custodial parent, deciding most of what the child does, including education and health. The other will get visitation or parenting time.

In the state of Florida, this is also known as “timesharing”. The latter parent will have access or contact with the child on specific times decided by the custodial parent and agreed upon by the visiting parent. (Read more about Parenting Plan and Timesharing Schedule)

However, if the court has to step in and help the parents decide, then the determination will be based on a variety of things, which could include:

The law does not use favoritism to decide custody for one parent or the other. Neither does the law base its decision on the gender of the custodial parent. The child is the primary focus…period. End of story!

Now, you may have some questions about what the law thinks about custody so here goes. Sole or full custody means that only one parent gets to decide the child’s welfare, even though, both parents can discuss it. However, the parent with sole custody can make the final decision.

If the court orders joint custody, then both parents have to try to agree on the child’s welfare, putting aside their own differences. In fact, the court will order both parents to present a written parenting plan…just so everyone is on the same page!

The court may grant joint physical custody in circumstances where parents will share joint custody or if there is one parent assigned sole custody. The child will usually have to live with only one parent, but both parents get equal time and contact with the child.

Getting the Order from the Court

In a legal separation or divorce, it is the court’s legal responsibility to either impose a court ordered decision or accept the parent’s shared decision as long as it is in the child’s best interest.

But Be Aware…However, the court will allow parents to mutually decide on shared time with the child.

If you are in the process of getting a divorce or are legally separated and want to decide on custody of your child, it is best to discuss this with an experienced and qualified family law attorney.

Contact a family law attorney in Coral Gables FL at the Estevez-Pazos Law Firm today to get help in a child custody battle. Call us today at 305-717-7130.

Also Read : Things to Consider When Establishing a Time-Sharing Plan