When you look at what leads to the end of numerous marriages, there are many variables frequently involved including money problems, growing apart, how you split up housework and long term illness. 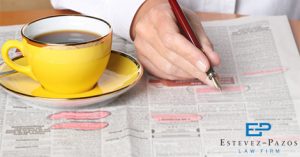 However, a new research study from Harvard University identifies that whether or not the husband has a full time job could have a major impact on whether or not you stay married.

The study was recently published in the American Sociological Review identifying that between 1968 and 2013, across the United States, a husband’s unemployment became an increasingly bigger predictor of divorce.

More than 6,000 married couples who were interviewed for the study. When the husband was unemployed, the couples had a 32% higher risk of getting divorced compared with situations where the husband was contributing to family finances with a full time job.

The extent to which contributions made outside or inside the home impact your chances for divorce have a lot to do with when you got married.

Those couples who tied the knot prior to 1979 had more marital issues associated with the division of chores and wives not contributing enough but for those couples married after 1975, the biggest risk predictor involved tension when the husband did not have a full time job.

Less women prior to 1975 were working full time outside the home, meaning that husbands had a greater expectation for their wives’ contributions inside the house.

However, more women have joined the workforce since 1975 and this means that there has been a shift regarding the biggest factor influencing divorce.

The study titled “Money, Work and Marital Stability” assessing change in the gender determinants of divorce, found that after 1974, men who had a full time job had a 2.5% chance of getting divorced in the following year.

If that man has no job or only works part time hours, the divorce risk increases to 3.3%. Whether or not women chose to work did not change the risk of divorce. All kinds of pressure points can lead couples to argue with one another and to contemplate getting divorced in Florida.

What to Do If You’re Thinking About Divorce in Florida

Consulting with a Coral gables family attorney when you are thinking about divorce can help to clarify the critical issues in your divorce and to give you a sense of direction as far as your next steps.

Consulting with an attorney can be extremely beneficial for getting a clear picture of how Florida law addresses the primary issues involved in getting a divorce.

When your partner does not have a job and is not contributing towards the family finances, this could put additional pressure on the primary income earner and lead to cracks in the marriage. if you have already attempted to sort these issues out via other avenues but been unsuccessful, it may be time to consider separation or divorce in Florida.

Only you can make this critical decision that can have a significant impact on your family going forward but you should never do this without first consulting with a knowledgeable family attorney about all of the critical issues involved.

Some of the most important issues determined in a common Florida divorce include:

An attorney can help explain to you how the process works and give you a general timeline for how your divorce might unfold.

Regardless of how long you have been married to your partner, it can be alarming to learn that divorce may take longer than you have previously expected.

Finding the right attorney is crucial when considering filing for divorce in Florida. The right lawyer can make a big difference in terms of your case management as well as how you feel throughout the process.

Sometimes when you are of the initial belief that you may be able to work things out personally with your former spouse, you may discover instead that he or she is not as willing to compromise and this could cost more money and lead to more time arguing in court. Having the right Coral Gables family lawyer from the outset can help to minimize the challenges that you experience.

To learn more about some of the most common financial issues in divorce and why divorce is so often linked to bankruptcy, read this blog: https://www.mepfamilylaw.com/divorce-and-bankruptcy-often-interconnected/