You have been married for ten years. In order for your spouse to finish his or her education, you stopped your own and worked two jobs to support your spouse, took care of the kids, and made a home for you and your spouse.

After all was said and done, your spouse is ready for a divorce. The judge awards your spouse alimony and requires you to pay it to them for the rest of your life. 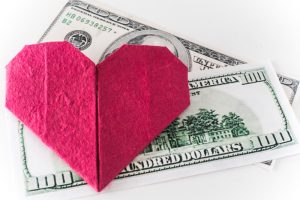 How is that fair? You were together for 10 years and you supported your spouse, but they have means to earn their own living—yet you are paying for them for the rest of your life (including retirement years).

Lifelong alimony has been a topic for debate in the state of Florida for years. While lawmakers have skipped around the idea of reform, now there is going to be a significant change—and Florida may not see any more lifelong alimony cases in the future.

It was two years ago when lawmakers first attempted to change how alimony was calculated, but they went about it wrong. Today, they are trying again with a new bill that will target lifelong alimony, which will seek to eliminate it completely.

While this form of alimony was originally created to protect spouses that never worked to support the family, lawmakers feel long-term alimony is harsh; after all, how is a retiree supposed to make such payments on so little?

The proposed bill also has strict limits on how long a spouse will pay alimony and the amounts of alimony will be based on a strict calculation, which is similar to child support.

Must Read : Can You Modify Your Child Support Order?

A Few Changes Proposed by the New Bill

Some of the biggest changes lawmakers are trying to make with this new bill include:

Confused About the Potential Changes? Meet with a Miami Divorce Attorney Today

The new changes have not yet taken effect, but could affect you if you are considering a divorce in the near future. If you are currently going through a divorce, these changes will not impact your alimony, but they may in the future.

To learn more about how alimony support is determined, contact the Miami divorce lawyers at Estevez-Pazos Law Firm today for a consultation. Call us today at 305-717-7130.

Also Read : Alimony and Taxes: What You Need to Know