How to Get Sole Custody of Your Child

Getting sole custody after a divorce is not as easy as you may think. In fact, it is rare to see a judge award sole custody. But, just because it is rare doesn’t mean it cannot be done.

There are plenty of instances where one parent feels it is in the best interest of their child to get sole custody. 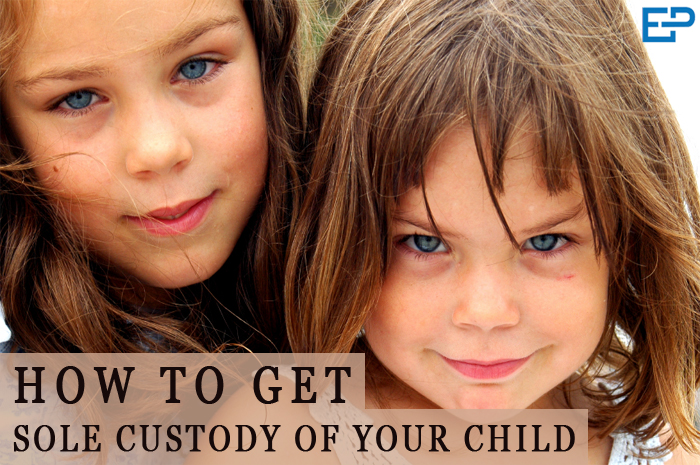 If the other parent is unstable, has a history of drug abuse or is even abusive to the child, then it may be easier to get sole custody.

But, you will want to speak to a skilled family law attorney in Florida before you assume your case will qualify.

What is Sole Custody?

Florida family courts have two types of custody, which are referred to as “parenting time” and “parental responsibility”.

Parenting time is what a parent receives with their child and the contact they will have with that child. Parental responsibility refers to who can make decisions for their child.

Some parents think that sole custody means they can eliminate the other parent’s rights, but this isn’t realistic in family court.

Florida courts rarely allow a parent to be cut off completely from their child. But, the courts may implement a plan that limits how much contact or how the contact is made with their child – such as supervised visits.

Some ways the courts can restrict parenting time include:

Most courts, including Florida family courts, are against sole custody. That is because they do not believe it is in the best interest of the child; therefore, they try to make it work without taking away the child’s other parent entirely.

Your Options When Filing for Sole Custody

If you think you have a case for sole custody, then you need to meet with an attorney first. You may have to conduct a negotiated parenting plan with the other parent rather than rely on the courts to give you sole custody.

If, however, you have evidence of abuse or drug use, you may be able to present that to the family court judge – but the judge may still allow supervised visits with that parent.

If you want to file for sole custody or change parenting plans, contact the family law attorneys at Estevez-Pazos Law Firm today. We offer no obligation consultations and can help you assess your sole custody case.