Financial mistakes you should avoid during divorce 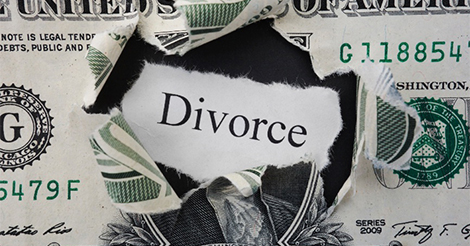 Divorce is a difficult time and one that brings about many changes. Quite a few of these changes will be financial ones, and the stakes can be high if you make financial missteps during a split.

You could find yourself paying more in alimony or losing your stake in certain assets if you don't play your cards right. It is important to consult a divorce lawyer Miami  and avoid these common financial mistakes.

Though it is quite uncomfortable to share a home with your spouse once you've separated, it may be smarter than moving out. If you voluntarily leave the marital home, a judge may take the move as a sign that you aren't all that interested in keeping it.

He may also feel that you are better able to afford making a move or maintaining two households than your partner, which can have devastating consequences when it's time to award alimony and child support.

It's generally best to stay put as long as possible except in cases of abuse. If you're in an abusive situation, ask your lawyer how you can leave the home while still protecting your physical and financial well being.

Many states are moving toward eliminating laws that punish a spouse who committed a wrongdoing that ended the marriage. In Florida, however, you may still be punished for committing adultery and other acts in certain cases.

This practice is much less common than it used to be, but it's still wise to avoid admitting wrongdoing until you've spoken with your attorney.

Never admit to any of the following without first seeking legal advice:

Doing so may have legal consequences and could annoy a judge who can make you pay for your crimes even if he isn't technically supposed to do so. It's never a good idea to annoy the judge who may be deciding your future.

If, for example, you're forced to sell your marital home, you may no longer have mortgage interest to deduct. Alimony received counts as taxable income while alimony paid can be taken as a deduction.

It is very important to start planning for tax changes before they happen or you may miss deductions and credits that could benefit you.

Divorce is a time to keep your head in the game and protect your financial assets. There is no room for thinking with your heart when it comes to these negotiations.

Don't fight over an insignificant asset, get hung up on principle or reject a sound settlement offer just to make a point. If your lawyer feels the deal you're being offered is fair, consider it carefully on the basis of your financial health.

It can be hard to set your emotions aside during this difficult time, but you'll regret cutting off your own nose to spite your spouse later.

Confusing Value With Worth

In an attempt to be fair, divorcing couples sometimes agree to simply split the value of their current assets 50/50. Unfortunately, an asset's current fair market value may not be an accurate assessment of its worth.

Some investments, for instance, may generate large amounts of income over time, making them worth more in 20 years than they are worth today. Simply giving that asset to your spouse based on its current market value can cost you a lot of money in the long run.

Rental properties, savings bonds, stock market investments and other items should all be evaluated on their ultimate value rather than their current worth.

Make sure your comparing apples to apples when evaluating and dividing your assets and remember that some investments may lose money.

A divorce lawyer Miami can help you avoid many financial pitfalls during a divorce, but it's important to remember your financial planner and accountant, too.

These three professionals can keep you out of trouble and help you limit the amount of financial damage your divorce does. Divorce is an end, but it's also a new beginning.

If you're thinking about ending your marriage, contact a divorce attorney today and take steps to make sure your financial future is a bright one.